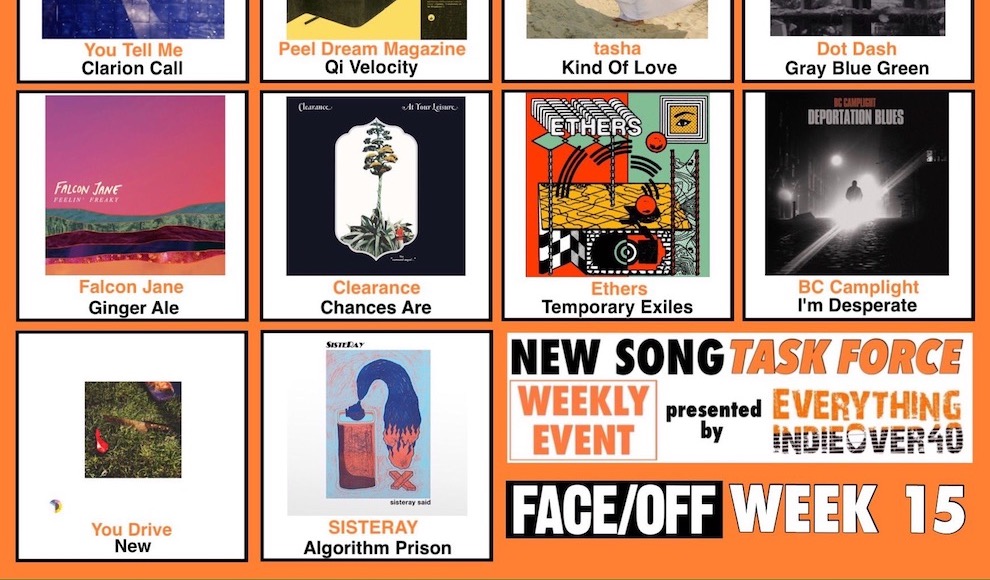 So here is Rob’s review of the Week 15 songs.

You Tell Me – Clarion Call

Well this is a pleasant start to the week, mid tempo, lightly brushed drums, piano and pedal steel guitar. And a rich female vocal too. There’s a lot of bridges and sections here, and they all work well. There’s also stops and starts and twists too. It’s all gone quiet after the second verse, which is an interesting swerve. There’s oboes and flutes now, this is something different. At last they are repeating the chorus more because those changes are lovely. Beautiful backing vocals towards the end. That’s such a lovely song.

Second listen – concentrating on the lyrics a little more, hang on…. Did someone mention Peter Brewis from Field Music? Now that makes more sense. There’s hints of Sandy Denny and Joni Mitchell in Sarah Hayes’s vocals. This is an absolute delight of a song.

This is a rarity, for some reason I decided to listen to this song in full before starting to write about it. I’m glad to did, to be honest. There was something nagging on that first listen, what did it remind me of? On the second listen it struck me – the simple drum pattern, the two chord guitar, even the fact it seems to be in mono…. This could be an outtake from “Peng!” by Stereolab, an album which seemed to bypass the mixing desk completely.

Now I’m on my third play and I’m loving it, especially the change into the chorus. No idea what the lyrics mean, but this is rather marvellous. Fades out way too soon, this could go on a lot longer. More please

This whole reviewing process is a joy for me, because I love to hear new music which I may not have been exposed to before. And here’s another song which would have passed me by normally. Richly reverbed guitars hint at memories of Blueboy and early Everything But The Girl, percussion of bongos and finger clicks and a charming female vocal. The lyrics are great, some nice turns of phrase. Oh I like those backing vocals on the second verse, there’s a lot of invention in this arrangement. Those quiet pauses in the chorus work well too. It keeps sounding like the song will end but it springs back to life again. Lovely.

Ah, the sound of me taking the wrong turning when leaving work a few days ago and ending up on Leckwith Hill…. That’s what great pop music does, it distracts and illuminates. And make no mistake Dot Dash make great pop music. I already know this album thanks to Wally at The Beautiful Music label – surely the most generous label owner in indie pop – and “Gray Blue Green” is one of the highlights on their new album.

Twelve string guitars jangle – there’s the classic major chord 4th to 2nd change which harks back to the Byrds’ “Feel A Whole Lot Better”, there’s chromatic bass descends, there are luscious harmonies, bittersweet lyrics, it’s an absolute belter of a song. Faultless. No wonder I got sidetracked when I was driving. What more is there to say? Guitar pop this great deserves to be heard far and wide.

Now this sounds different, but great. Those two chords sit uneasily together and there’s little additions throughout the song, guitars and pianos dropping in and out. I like the homespun atmosphere here, this is great. Lyrics are peculiar but have a strange logic. I love how this builds up then stops suddenly. Odd reference but the singer reminds me of Noosha Fox. Yes really. Readers my age will smile at that one. Anyway this is really cool, casual and lovely. Hope the rest of the album is good too.

A spritely start, guitars lightly jangling yet fuzzy too. What seems a straightforward verse veers off on the chorus (or was that a bridge?) On first listen this is taking lots of swerves and you know I like that in a song. I can’t keep up to be honest… So many hooks and then a sudden stop. This may take a few listens but I’m going to enjoy getting to know this song. I like their Bandcamp description.

This is carefully written but with hints of jamming which reminds me of Built To Spill actually. I think this is fantastic. That little guitar lick is sticking in my memory nicely. It also doesn’t outstay it’s welcome and begs for repeat listening.

You may notice in these reviews that I never refer to who has nominated these songs. This is partly because I want to approach them in an unbiased way, with as little baggage or previous knowledge as possible. It’s also because I suspect if I was to look at who nominated the songs I might suspect a pattern emerging, oh this person has nominated that particular style again. Of course that’s also a form of bias so I try not to look. All of which is ignoring this grungey garage rocking thrill ride.

There’s not a lot of lyrics to grab hold of… Hang on, it’s finished. I’ve only just started writing about it. That will teach me to waffle. Anyway, second listen. Love the sound on this, the distorted organ is very much in the vein of the Seeds, as is the one chord vamp in the verses. Stopping and starting is a great tension release. I wouldn’t be surprised If this had been compiled on a Pebbles album of 60s garage rock ephemera, it has that kind of sound. So much energy. Great stuff.

Another name on my “to listen to” list. This is intriguing – not least as I wasn’t sure what to expect. Even listening to it I’m not sure what it is either. Kind of motorik post M83 dreampop with hints of Maximo Park. That three note synth riff is already stuck in my head, there’s lots of grungey synths and guitars. And somehow it seems to have warped slightly in between keys getting into the chorus, which is a clever trick.

There’s a lot going on here and it’s too much to take in on an initial listen. Again something strange just happened after the second chorus which I can’t describe. I want to hear this again just to figure out what the hell is happening. Even the ending isn’t quite straightforward. Second listen is essential here. I like how in amongst all the distorted instruments there’s a normal sounding piano playing away. Still too much to take in on second listen. I like the vocalists too, I wish they interacted more. Those 80s poly synths are cool too. I’m really intrigued to hear what these folks would do over the length of a full album.

Synth pop was my first love and it will be my last, synth pop of the future and synth pop of the past… You get the idea. This lovely piece of female sung synth pop is the latest in a line that runs through Yazoo to La Roux to Jane Weaver and onwards. I love how this builds up ever so slowly, and the lyric seems to be an extended metaphor which is very clever. Those sequences pulse and twist too, there’s a lot of subtly moving parts and filter sweeps here. And the chorus hook catches instantly. I don’t want it to end, so I’ll put it on repeat. That’s really good synth pop.  (Adds album to endless “to listen to” list)

A good punky start, simple fuzz guitar riffs and energetic drums. The vocals remind me of Damon Albarn at his most London-centric. So does the lyric as well to be honest, which is smart and witty – “We ain’t your target market” indeed. There’s a simplicity in delivery here which is refreshing, and again it doesn’t hang around too long, makes its point and pushes off. There’s something to be said for that kind of brevity. Which seems like a good time to end this paragraph.

Another ten diverse songs from punky energy to dreamy jazziness and synth pop and of course guitar pop. Another tough week to pick a top three.

Thanks again for all the nominations, see you all next week. 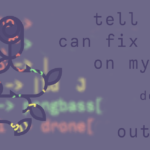 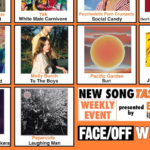 Rob Vs The Task Force -Week 16