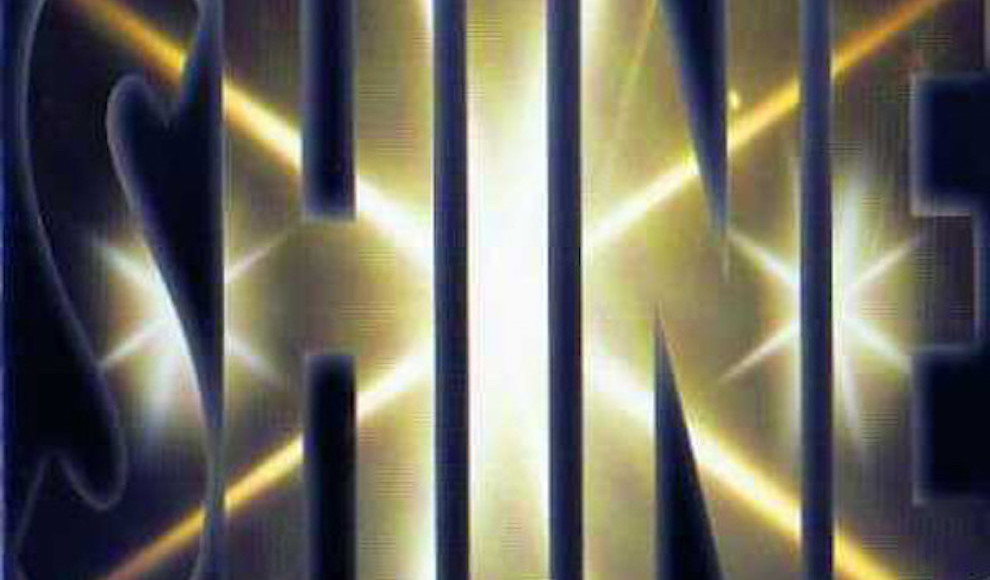 During the mid to late 90s, the Shine series of compilation CDs became a touchstone for the rapidly expanding indie scene. They also tell the tale of the fast rise and slow decline of Britpop, alongside offering a vast selection of hits, classics, one-offs and obscurities. Over a series of articles Rob Morgan will examine each album, see how it fits into the indie timeline  and explore the songs that soundtracked the era while putting a few forgotten favourites under the microscope.

You can picture the scene at Polygram TV Records, circa early 1995. On the wall are gold discs for previous compilations – “Groovy Beat ’94”, “The Very Best Of Kiki Dee”, “The Essential Supertramp” – all huge hit albums. This was how Polygram TV operated, compilations advertised on TV, hence big sales. It seemed to work too.

Marketing Man 2 – “Yes, I saw the Brits the other day, Oasis and Blur won awards, that Chris Evans seems to have his finger on the pulse….”

MM 1 “Exactly. I think we need to tap into that market”

MM 1 “That’s ok, we can fill it up with older songs too. Whatever we can licence.”

Of course that’s probably not how it happened but it may not be too far away from the truth. Polygram TV weren’t the first label to put together an indie bands compilation of course. Beechwood Records had been issuing Indie Top 20 albums in a series which ran from 1986 to 1996 but these had all been on a low-key scale compared to a major label compilations. Smaller majors like Dino and Telstar had issued much loved albums like “Happy Daze”, “Precious” and “Product 2378” filled with songs by Lush, Chapterhouse, Pixies, Happy Mondays, The Farm and more. Polygram TV even dipped their toes into this pool with an album confusingly titled “Reading – The Indie Album”. But that was 1992, this is 1995 and it was a very different indie world.

This was the world into which “Shine” was born. Released at the end of April 1995 it compiled a few current-ish hits, a few older songs for ‘context’, some up and coming hopefuls and a few oddities along the way, And this was how “Shine” would carry on for the next three years, over ten volumes, telling the rise and fall of what became Britpop. Over a series of articles here at Everything Indie Over 40 I will take a look at each Shine compilation, listening with fresh ears to the music, digging in and hopefully finding out about some of the acts on them, and putting the music into some kind of context. I won’t be reviewing every single song on each album, but will highlight the good, the bad and the forgotten. That’s the idea anyway, we will see how it pans out over the forthcoming albums.

Firstly – why “Shine”? I think there’s two reasons for the name. Firstly due to the presence of “Shine On”, the first major hit by The House Of Love towards the end of the album. There’s also an argument that it was a reference to the over-pronounced way Liam Gallagher sings “Sunshine” on the chorus of “Cigarettes and Alcohol”, I suppose it was helped along by the concurrent release of Oasis’ single “Some Might Say” where Liam also accentuates the word “shine” in the line “Tell it to the man who cannot shine”. Either way, the tagline for the album was “20 Brilliant Indie Hits” which suited the contents.

The first “Shine” album is different from the rest of the series as it’s not trying to define a scene or a moment in music. There are contemporary songs here but there are more songs over 18 months old which tend to overpower the album. But that may be deliberate, probably nobody at Polygram realised they were creating a successful series of albums, it was just another compilation to them, so the contents of “Shine* are more disparate, more like the previously mentioned indie compilations.

Even so, “Shine” manages to catch the early 1995 zeitgeist with it’s opening two songs – “Parklife” by Blur and “Cigarettes and Alcohol” by Oasis. Both top ten singles in 1994, both bands were lauded at the 1995 Brit Awards in February. Blur had won Best British Group, Best British Album, Best Video and Best British Single (the latter two awards both for “Parklife”) while Oasis had won British Breakthrough Act (PJ and Duncan were robbed, honest). While Oasis thanked Ray Davies and George Martin, Blur wanted to share their Best British Group with Oasis, added “Wake up America” (a line originally claimed by Tony Wilson at the New Music Seminar in New York in 1990 – “Wake up America, you’re dead”. Ironic considering the US Grunge revolution would kill Madchester, baggy and shoegazing. But that’s another story).

Blur and Oasis were to start another British Invasion of the US, but neither would be immediately successful there. But listening now to “Parklife” and “Cigarettes and Alcohol”, you can hear a very British sound, a celebration of working class ideals and humdrum life as it was lived in 90s Britain. Would that translate to the Americans beyond the dedicated Anglophiles on either coast of the US? Time would tell.

There are a few more contemporary songs on “Shine”, all singles from 1994. “Connection” by Elastica now sits some place between “Three Girl Rhumba” and “Trigger Happy TV” but still sounds thrilling – I’ve always thought this was like a British “Cannonball” but I could be wrong. “Do You Remember The First Time?” by Pulp was almost a year old by this point and had barely scraped into the top 40 but there was a general feeling in the air that Pulp would be massive, and their next single could be “the one”. “So Let Me Go Far” by Dodgy was their first minor hit early in 1995, while “Zombie” by The Cranberries was a powerful denouncement of the IRA bombing in Warrington, while “Speakeasy” by Shed Seven had been a minor hit and was yet to become the theme tune for a mobile phone shop advert.

There are two other contemporary songs on “Shine” and their placement is puzzling. Neither “Welcome to Paradise” by Green Day or “Feel The Pain” by Dinosaur Jr fit with the general theme of British indie. Dinosaur Jr had reached that much hallowed number 25 position in the UK charts in August 1994 while Green Day had reached 20 in November 1994. Both songs stick out like sore thumbs on “Shine”, dashes of melodic grunge and punky energy respectively. There would be occasional American songs cropping up on future compilations and they would mostly stand out from the crowd.

The rest of the album was made up of indie classics, both old and relatively new, most of which would go down quite happily at the average indie disco of the time. “Regret” by New Order could be seen as their final great single and may be remembered more for the Baywatch Top Of The Pops performance. “Animal Nitrate” by Suede was a reminder of the band who had helped kick start the revival of British indie, even down to their startling performance of that very song at the 1993 Brit Awards, and who were at the time regrouping after the departure of guitarist Bernard Butler.

The rest of the album looks back at classic indie hits such as “How Soon Is Now?”, “Sit down”, “The Size of a Cow” and “Getting Away With It” – all fine songs, but somehow the listener may wonder what they have in common with the Blur and Oasis songs at the start of the album. Even here there are peculiar choices – why “Weirdo” to represent the Charlatans when “The Only One I Know” was more well known? At least the album closes with a true indie anthem – “Shine On” by The House Of Love.

Released on 27th April 1995, “Shine” entered the charts at number 4, before slowly dropping out of the listings over time. Well it couldn’t complete with “Warning! Dance Boom”, “Love With A Reggae Rhythm”, “Great Sex” and “More Bump’n’Grind” (yes these are all real albums). Seven weeks in the chart, a high of 4. Maybe Polygram expected more from the album, I’m not sure if it was advertised on TV at the time, and Polygram were putting more promotion into their “Teenage Kicks” punk compilation released around the same time. See, nostalgia for twenty years previously always sells. Was “Shine” considered a failure? Probably not. Events would overtake any perceived failure and a second volume of “Shine” would be on the shelves before the end of Summer 1995.

But that is for another time. Until then enjoy delving into “Shine”. Perhaps you have some memories about the album or particular songs you would like to share with us on Twitter

We hope you’ve enjoyed reading Rob’s assessment of Shine One. Look out for the next instalment on Shine Too coming soon 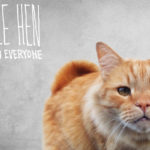 Gentle Hen “Be Nice To Everyone” – Album Review
Next Story » 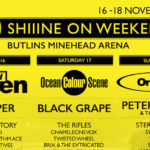 EIO40 DOES SHIIINE ON