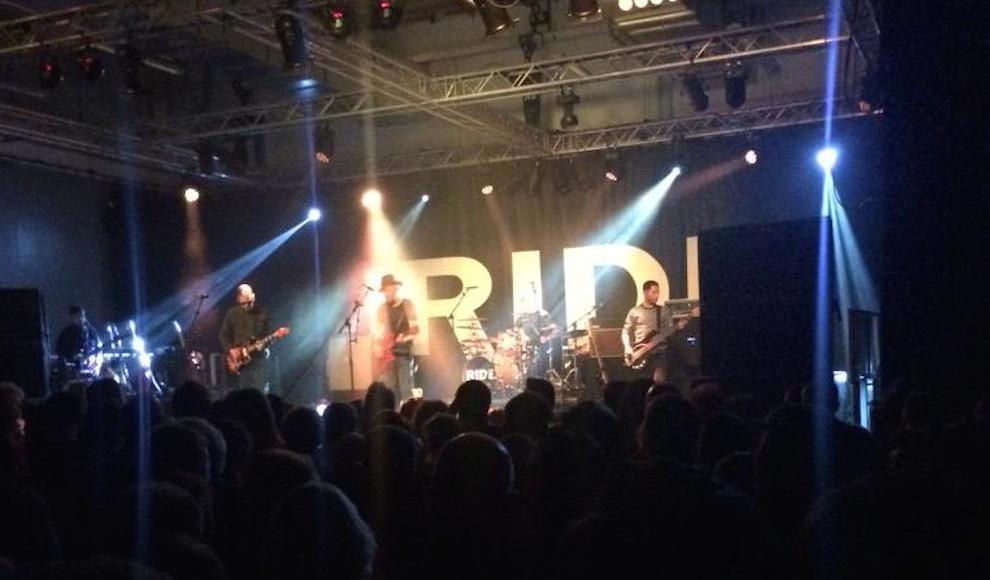 We knew Rob Morgan, (@durutti74) was at the Ride gig in Bristol along with a few others from the community. What we didn’t know was he was formulating a review for our Gig Night feature.

Most of us know Rob anyway so we will dispense with the usual preamble and just let you dive in and disgest, but just to say that reading this review is likely to bring on a bout of pure jealousy to those who weren’t at what sounds like an incredible gig night.

I must admit that I am in two minds about band reunions. On the one hand I can understand the desire to wallow in nostalgia, to relive my youth and see my heroes looking older and plumper. On the other hand I don’t want to see my heroes going through the motions doing it for the money, a soul free karaoke for the over 40s. So when my good friend Ray from Country Mile Records offered me a spare ticket to Ride in Bristol I was torn.

You see Ride are important to me. From the moment I saw them performing “Drive blind” on Snub TV early in January 1990 I knew this was a band for me, the first children of My Bloody Valentine who were singing about the confusion I felt as I left behind my teenage days and faced young adulthood.As 1990 progressed I snapped up each new Ride release on the day it hit the shops, marvelling at the leaps forward they were making and allowing each record to soundtrack my own miniature dramas. And I was pleased and thrilled to see them doing so well, “Taste” being the play out music on Top Of The Pops felt important, and in 1991 they were there on the show itself performing “Unfamiliar”, all floppy fringes and studied cool.

They seemed poised for greatness, Robert Smith loved them and said they were his natural heirs, every new record was a step forward. 1992 brought new delights – “Leave them all behind” was an eight minute juggernaut of a song and the “Going blank again” LP reined back on the noise and confusion while focusing on song craft and melody and the pains and pleasures of travel and home. It could only go downhill from there and it did. By 1994 times were changing in indie scenes and at their label Creation Records and subsequent releases were nowhere near as good or powerful as their early records. It came as no surprise when they split in 1996, and the four members moved to other bands and projects within music.

But as time progressed, the shoegazing sound that Ride had helped to spawn at the dawn of the nineties became influential on a new generation of musicians and fans. The music press may have turned on shoegazing and sneered about middle class fops being wasted, but the fans saw past the bad press and recognised something pure within the waves of guitar feedback, the emotion behind the floppy fringes and hooded tops.

The demand for tickets for the reunions of My Bloody Valentine, Slowdive, Ride and Lush shows that the time is right for shoegazing to be reassessed. When it was announced that Ride would be playing their debut album “Nowhere” in full on this tour, I was convinced. I looked at set lists for the previous gigs on the tour, heard feedback (pun slightly intended) from Twitter followers on the tour and started to get excited. After all, I had seen them in Cardiff in 1991, touring the “Today forever” EP, with Slowdive as support. That was a night to remember, the reformed Ride had a lot to live up to. 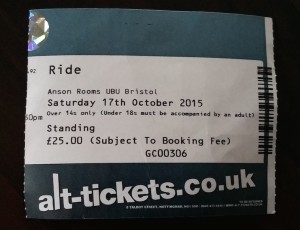 They did not disappoint. The show was split into two sets, the first hour being a “greatest hits” set heavy on the “Going Blank Again” period, the second hour being “Nowhere” plus the three songs from the “Fall” EP which completed the CD. Kicking off with “Leave them all behind”, the band sounded tight yet enormous. Mark Gardener was centre stage, his floppy fringe replaced by a wide brimmed hat, but still swaying within the ocean of sound around him. To his right Andy Bell was stick thin and had a cool swagger which can only come from years of being in Oasis. And yet the rhythm section – Steve Queralt in bass and Laurence Colbert looked exactly the same as they did back in 1990. Shoegazing has anti-ageing properties that Nivea and Olay can’t compete with.

Set one was filled with highlights. There were unexpected pleasures like “Chrome Waves” and “Time Machine”, including the curious dub intro. “Like A Daydream” was a joyous blast of pop melody. “OX4” and “Today” stretched out – and I wasn’t expecting Mark to be playing bass while Steve made curious noises on his bass. The band played superbly, they were tight when they needed to be but also loose when the songs demanded climaxes, pushing the songs beyond their recorded states. Loz was a revelation – keeping the beat but flaying around the kit like Keith Moon, a remarkable bedrock for the band. They all looked they were enjoying themselves too, little smiles and glances across the stage between members communicated a lot, and of course the audience loved them.

The “Nowhere” set was superb. “Seagull” rising and falling with a huge crescendo to close. “Kaleidoscope” infused with joy – a song they had never played live before this tour. It became clear that the album is well laid out – the relative calm of “In A Different Place” before the storm of “Polar Bear”. Each song was greeted like an old friend by the crowd. Even the distinctive drum intro to “Dreams Burn Down” was given a roar of approval. The biggest cheer of the night was reserved for album closer “Vapour Trail”, the whole crowd singing along, heads nodding and bodies shaking. “Vapour Trail” had become THE Ride song now, there’s generations of sensitive fans who have placed it on compilation tapes and mix CDs to impress their new loves (or was that just me?). And it was perfect, even with the string quartet playing as well. Beautiful. The “Fall” EP songs were a huge bonus – “Here And Now” is one of my favourite Ride songs – and they took “Nowhere” on a huge journey, from a whisper to a scream, over ten minutes.

The encores were two songs from their first EP. “Chelsea Girl” was a blast but “Drive Blind” was something else, thundering along up to the point where the song breaks down to noise and then… a maelstrom of noise, Andy and Mark coaxing incredible sounds from their guitars, Loz standing up hammering his cymbals, an overwhelming experience which shook the floor and earned a round of applause once the song recommenced after seven minutes on a single note. Sure, the Valentines would have strung it out for longer but Ride judged it perfectly. A wonderful end to a great night.

So how did it compare to Ride in 1991? No comparison at all. The standard of the band’s musicianship has increased, the quality of sound reproduction is better – the sound was immaculate, loud but nor overpowering, every element perfectly placed and clearly audible. The light show was great too, different for every song and sympathetic to the sound of the band. In the end it was a different experience from the early 90s, but the songs remained as powerful .

Where do Ride go from here? Who know how long the reunion will last and what it may lead to, but for the time being Ride are at the top of their game and enjoying themselves and that translates to a great experience for fans. If you have any reservations about seeing them, place them aside and go see them – you won’t regret it. 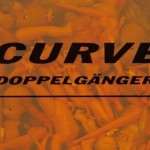 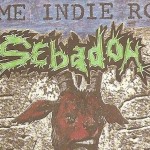